Fourth of July and Voting Rights 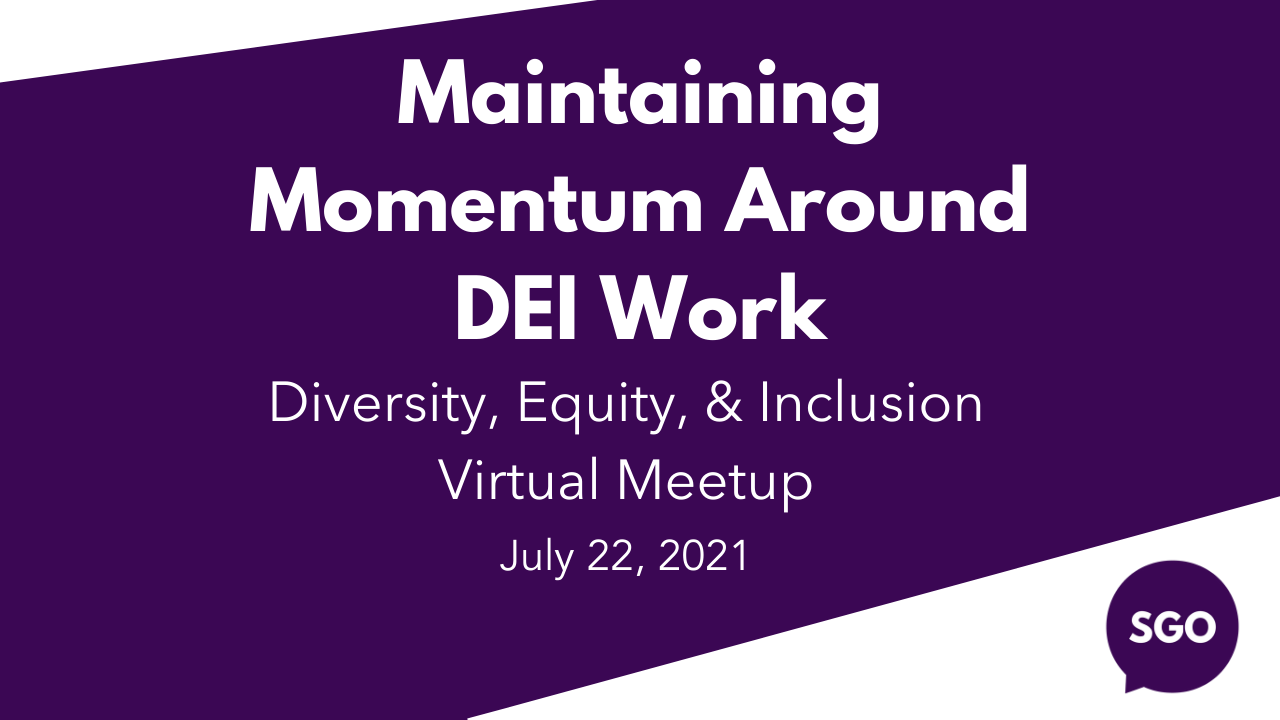 Ask SGO: What is the Story of Your Name? 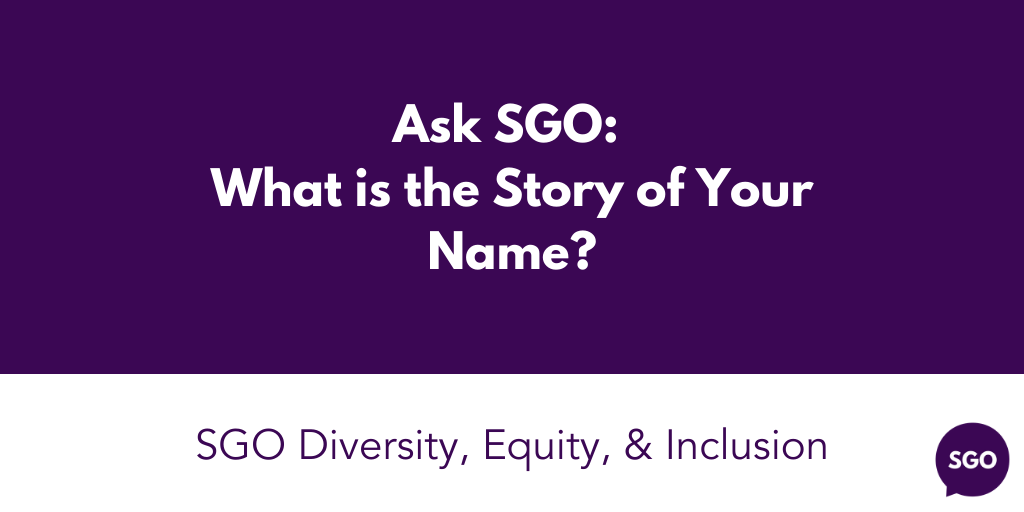 Felicia:
Okay. Hi everybody. This is Felicia, Co-CEO, Co-founder of SGO here, and I’m going to share the story of my name. And first of all, you may have noticed, if you follow me or know me in any sense, that I do pronounce my name Felicia (Fe-lish-uh), and a lot of times people will call me Felicia (Fa-LEE-sha) or other variations of that. And that’s not actually the pronunciation, and this is why. So I am biracial. I’m half Indian, half Polish, and the name comes from the Polish side of the family, which kind of surprises people sometimes because I’m sort of vaguely beige and racially ambiguous. And so when people see me and they see my hair and my skin color, they sometimes will automatically assume that I am Hispanic or Latina. And so that’s why they’ll say Felicia, but it is Felicia and I am named after my great-grandmother Felicia.

She was born in Poland. What I love about the connection there is that she was really, truly, a bad-ass woman before her time. My favorite story about her is she was engaged, or I don’t know if she was engaged, but she was dating, let’s say, my great-grandfather Zigmund. And he was a blacksmith, and he had left their village to go find his fortune in America, and he was gone for a long time and they didn’t have email or phones, so there was no way to keep up with him. So her family was pressuring her to get married so that her younger sisters could also get married, too. So she found some guy, she was going to get married to him. And she was having her rehearsal in the church, about to walk down the aisle to meet up with this other guy to just rehearse their eventual wedding. And one of her friends came running into the church and said, Ziggy’s back in town. So she walked down the aisle, she kept walking past her other fiance, she walked out the back door, the church ran off, found Ziggy or Zigmund and they eventually got married and came to America. And that’s my connection with her. And so that’s the story of my name.

Fatima:
All right. Thanks Felicia, for sharing a bit about your name. So my name is Fatima Sophia, and I come from a West African background and my family is also Muslim. So, I grew up in a Muslim West African home, and the funny part about it before I even share a little bit more about my first and middle name, is that we have over four Fatimas in my family. Also, all of them are younger than myself. And then there’s variations of the name Fatima because it’s known to come from the Arab/Muslim world. And so Fatima means to abstain, and in the West African culture, we’ve also created our own pronunciations around this name. So you might hear Fatou, which is a variation of Fatima or Fatumata. And this name comes specifically, or it’s well-known to be the prophet Mohammed’s daughter’s name. And the reason why I think a lot of people love that name is because within the Islamic religion, she’s thought to be the favorite daughter of the prophet.

And then my middle name, Saffia, means wisdom. And so a little bit more about that name as well, within the West African culture, we’ve also created our own variation, such as Saffiatu, for example. My mom wanted to give me a name that someone in my family had, but she also was like, some of their personality traits are quite interesting. So while I want to honor the tradition of giving you someone else’s name in the family, I also want you to have your own personality. Because it’s a common belief that, for the most part, if you name someone after another person, you’ll probably take on some of their attributes, some of their personality traits. And so my mom was like, okay, I’ll follow the tradition a bit, but I’ll give your own a different variation, even though I’m still being named after someone, but not necessarily someone in the family.

And then my last name, Dainkeh, was actually given to my forefathers. And so they were nomads traveling through West Africa, spreading Islam, sort of saying, Hey, we have this religion and we would love to share it with people, probably not as friendly, but, you know. As they were sharing that, they sort of took over a certain village specifically in Sierra Leone, West Africa. And some of the tribe members that were there started calling them Dainkeh, which means strong men or strong people. And so it was a title at first and then we took it on as our last name. So my original last name is Khan like Chaka Khan, which is kind of cool. And at some point I’m thinking about changing it back to that, but I think, you know, recognizing this story also helps to understand sort of what was happening historically with my family and also the people around us. I’m so interested to know some of the meaning and stories behind your name.

Jacquis:
Hello y’all. I am the newest member of SGO, which I’m elated by. My name is Jacquis Watters and I will be telling you about- a little bit about- the origins of my, let’s go with first name, maybe my last, if time allows. So again, first name Jacquis. I spell it J A C Q U I S. Fun fact- a couple of fun facts- I’ve never met anyone else with my name, as spelled the way it is, and pronounced the way it is. I’ve definitely met folks who have variations of my name, Ja-quez, Ja-kees. I’ve seen a few of that, but no one with my pronunciation and no one with my spelling. The other fun fact is I actually spell my name differently than it’s legally spelled. So my legal name is spelled J A C Q U E S, which many folks may pronounce or clock as Jacques or Jack in French. And I was a very precocious seven-year-old. I was sitting next to, or across the table, in our tables at elementary school, from a kid named Travis. And I realized that the pronunciation of Travis and the pronunciation of Jacquis just made more sense that his first name ended with IS. And so being a precocious seven-year-old, I, Jacquis, decided that it just made sense to spell it with an IS and not an ES, the way that I had been spelling it for those first seven years. And so I’m about to be 32, so for the last 25 years.

Learn more about our DEI workshops and how we can help your team become more inclusive and effective.

The Best Ways to Give Back this Giving Tuesday

Read more - The Best Ways to Give Back this Giving Tuesday