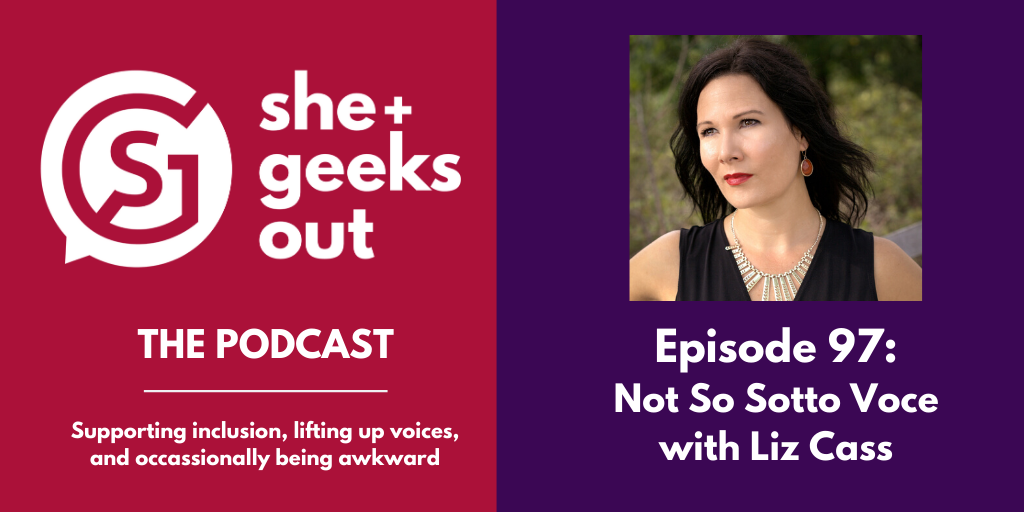 Podcast Episode 97: Not So Sotto Voce with Liz Cass

She+ Geeks Out Daily Routine Since COVID-19: Co-CEO Rachel Murray

ASK SGO: Is Diversity of Thought Part of DEI Work?

We’ve gotten questions recently saying that if we’re talking about diversity, equity, and inclusion work, shouldn’t we also be talking about diversity of thought, especially as it relates to the diversity part of DEI acronym. Now, that’s a really tricky question because we don’t want to overlook what DEI really means. When we’re talking about diversity in the DEI acronym, we’re really talking about representation. We’re talking about groups of people who have been underrepresented, undervalued in the workplace, in education systems, and throughout history. So that means, for example, people who identify as women, black, within the LGBTQIA community, who are religious minorities within the United States are not represented in certain fields and spaces. Some of it is very intentional, very intentional biases, and some of it is unintentional, unconscious biases. A lot of people are not being given the opportunity to excel and be their best self simply because we’ve put them in a box.

What is Diversity of Thought?

Diversity of thought says you and I can look the same and have varying points of view. We don’t have to look different. And while that’s technically true, it’s really important to not just use that  when we’re talking about diversity. We can’t say that we want different people to be represented while we’re also saying “We can look the same and still have different points.”

What is the work of representation?

When we say that, what ends up happening is that we begin to overlook the real work of representation in the workplace. We start to focus on things like, “well, we don’t have to put an initiative out there or really change our hiring policies and our recruitment. We don’t have to be as inclusive because we can have people who look like us but think differently.” You can see how that can be dangerous, because it’s not doing DEI work. We’re not being equitable and inclusive if that’s the lens that we’re coming from. There are groups both inside and outside of this country that have not been given their due diligence and rights to be successful. Through our policies, through our culture, through our history- all of these different things come together to create inequitable structures. As so, if we’re going to make it equitable, we have to be inclusive. We have to be equitable in our practices when we’re hiring, when we’re recruiting, and making sure that we’re creating workplaces where people can thrive.

Diversity of thought is not a bad thing on its own. It’s not a bad concept- you do want people to have different ideas and opinions. Sometimes that’s what allows us to really push ourselves, to give ourselves opportunities whether it’s within our workplaces or our communities. But if we only look at that or try to compare that to what diversity means, we really miss the point and opportunity to create better structures and workplaces in general.

We want to hear what you think. When you hear people asking that question, how do you answer it? What are some ways that you’ve told people that diversity of thought is or isn’t part of DEI work? Maybe you think about this differently than I do, and I’ve love to hear about it. Tell us at [email protected]

Learn more about ways to support your colleagues during this challenging time.