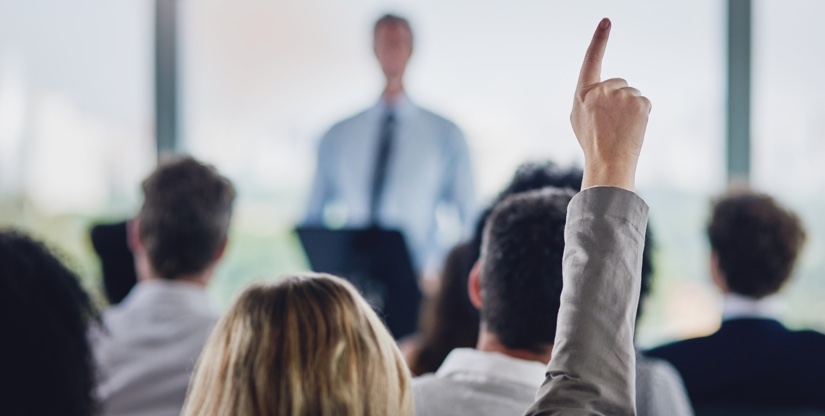 I’m just going to admit this right up front. I watch a lot of movies and TV shows that involve superheroes – yes, that includes all the Avengers movies, X-Men, The Flash, and, most recently Supergirl. Last week was the season premiere of Supergirl. They aren’t shy about diving into issues around race, sexuality, and gender… but this last episode tackles one issue that I want to specifically address and that’s how privilege affects us all, including in the workplace.

In the episode, Kara/Supergirl is having a hard time believing her friend J’onn (who is a Martian and presents as a Black human on Earth) when he suggests that an attack on an alien who is an outspoken advocate for alien rights was a hate crime. She also discusses this incident with her sister, Alex, (who came out as gay a few seasons ago). She simply can’t believe that there’s a wave of anti-alien sentiment because she, an alien, is treated kindly and feels warmth and love from humans – Earth is more diverse and welcoming than ever, she says. But here’s the rub: Kara presents as human. And that privilege that she’s afforded (other aliens cover their appearance so that they present as human), hadn’t hit home until she had solid proof for herself that anti-alien sentiment is very real. J’onn specifically uses the word ‘privilege’ to describe Kara’s position. We see her reckon with the knowledge that hate is very much alive.

How privilege shows up at work

Privilege isn’t just reserved for superhero television. It affects everything around us, including our work and workspaces. In order to dive into this a bit further, first let’s define privilege. We could write an entire book on this concept, but I’m going to keep this relatively straightforward and borrow this helpful analogy from the wise founder of Backstage Capital, Arlan Hamilton:

If trying to understand sharing your inherent privilege, think: when someone shorter than you needs to see the stage better at a show, you usually let them stand in front of you, right? You both get to enjoy the show, it’s only a slight inconvenience, and you. don’t. shrink.?

Here’s what’s so hard about privilege, and why even a kind, wonderful, life-saving superhero like Kara can miss it – by its very nature, those who have it can’t see it.

First and foremost, understanding privilege requires an understanding of how systems have been put in place so that we all experience privilege of some sort (this is a much bigger topic which we will address in the future, but here’s a great start). It’s important to understand that we have been walking in the world pretty much from birth in a particular way which has in turn created these advantages. While we may like to think our workplace is a true meritocracy, the one thing we can do to guarantee we don’t address issues of privilege is by assuming that any advantages we have don’t matter. Most of us have some forms of privilege, whether it’s that we are white, male, cisgender, heterosexual, able-bodied, mentally fit, young, wealthy, conventionally attractive (which includes thin), etc. Think about what you define as ‘normal’ at work, or in your world. By unpacking what our norms and defaults are, we can start to see where privilege exists. It’s ultimately about recognizing what privileges we have and don’t have and seeing how that privilege might be impacting ourselves, others at work and beyond.

Let’s look at a few examples to illustrate how privilege shows up at work and how it interacts with unconscious bias. It’s important to note that when privilege interacts with bias, people who are less privileged will usually lose out on opportunities.

There are two colleagues at work vying for a promotion: the first, a hard-working white woman (let’s call her Susan), gets the promotion. She completely earned it. She worked really freaking hard for that promotion! And not only did she put in the work, she put in the time as well. She made sure her boss (let’s call her Jackie) noticed her and never said no to a social gathering. The second, a woman of color (let’s call her Gabbie) who is Susan’s colleague, also put in a ton of time and work. Gabbie has actually been at the company a bit longer, she’s come up with new ideas, but she’s not that chatty with the boss or most of her other colleagues. She’s really focused on the work! She also doesn’t put in the same amount of after-hours facetime at social gatherings. Frankly, she doesn’t necessarily feel connected to the ‘culture’ of the company. She’s getting the job done and crushing it, but doesn’t feel any need to be social (and this may be in part because of microaggressions she’s experiencing at work).

Jackie wants to make sure that the person she promotes is someone who ‘everyone’ can feel comfortable with and rely on. It’s completely unconscious, but she felt like Susan was a better fit for the bigger job. Susan might be accused of having privilege in this situation. Susan might be thinking that’s bullshit, she totally earned it!  She grew up in a working class family and had to work really hard to get where she is. This is what’s so hard about understanding privilege. Susan doesn’t see the advantages she was afforded, let alone Gabbie’s hard work, the extra effort she’s been putting in, and anything that might be happening at or outside of work… all she knows is her experience and the little she sees from her colleagues. What she is missing is that because she has had certain systemic advantages afforded to her, such as having had access to good schools and being white, she was a few steps ahead of Gabbie in her ability to succeed. Jackie also has power in that she’s able to make the call as to who to hire, and because she feels that Susan is more likely to get along with others in the company, Susan’s privilege (she “fits in” with cultural norms and can relate more easily to her manager) makes it so that she gets the job.

Another example is a tech company hiring someone because they’re younger and will therefore have more ‘energy’ as opposed to someone who is older and is probably ‘set in their ways’ (ageism!). We also see privilege cropping up when we see older employees getting phased out or let go in favor of younger, less pricey workers. In these cases, although we often think of older generations as having privilege due to their accumulated wealth, for example, here we see that younger employees tend to experience more privilege in the workplace than their older counterparts, despite older people having years of experience. In this case, it’s more likely that the younger candidate might get the job, all else being equal.

Yet another example is a man being called ‘passionate’ about the work, in comparison to a woman being called ‘aggressive’ when she expresses opinions strongly. This particular privilege for the man makes it so that he garners the respect of his employees, colleagues, and managers, whereas a woman’s ‘aggression’ makes it so that she is less likable, more ‘power-hungry’ and less trustworthy. Here you might surmise that the woman will have more difficulty getting respect from her employees, managers, and colleagues, making her job more difficult and therefore creating a bigger challenge in getting promoted.

What do you do with your privilege?

I’m not going to tell you to check it because I’m not sure that’s helpful. I will say that it’s important to note that having privilege doesn’t mean you’re a bad person. What is also important is what you do with your privilege. That starts with awareness, acknowledging you have it, and being an ally, sponsor, or mentor to those who don’t have the same privileges. Recognize that others might be too short to see the concert, and see if your standing behind them might make it better for everyone.

There are two other topics that this one episode of Supergirl discusses – covering and handling new employees who are different from their managers. We’ll address these topics in future blog posts as well.

Speaking of privilege, we’ll be heading to SXSW to speak about how power and privilege show up at work. We’ll only have an hour, but we’ll pack as much as we can in it. We hope to see you there!