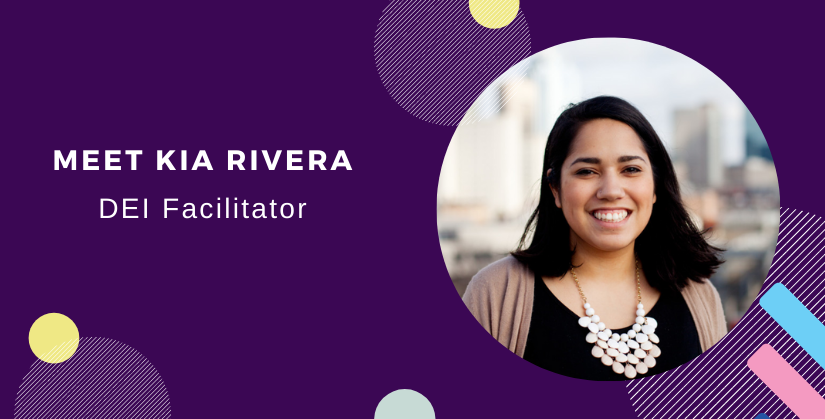 Get to Know the SGO Facilitators – Kia Rivera

Debunking Six of the Biggest DEI Myths and Misconceptions

Moving from Autism Awareness to Acceptance in the Workplace

April is World Autism Awareness Month and the Autistic community is asking us to move beyond simple awareness toward Autism Acceptance. The Autism Society established this month to raise consciousness about Autism around the globe. Awareness is the first step, but acceptance and understanding are the goals!

I’m writing this as an Autistic person and I think my personal story is an interesting one. My late mother used to say that I was Autistic, but I never paid her much mind because I didn’t think I exhibited the traits, as a result of the invisibility of Autism in women for many years. In fact, like many other Autistic adults, I was misdiagnosed with Auditory Processing Disorder and dyslexia as well as dyscalculia when I was eight. Everything was hard for me: school, relationships, social settings, food, clothes, it didn’t matter. It was hard. I would meltdown and never know why. I constantly second guessed myself and my own mental health because I always thought “what’s wrong with me?”, “how can I be this different?”, “why can’t I control myself?”, “why do people not understand me?” I didn’t know how Autism in a woman presented because there was little known about how the traits present in women and girls until more recently. Fast forward thirty years, and with the help of the pandemic shelter-in-place as well as TikTok, I found resources, understanding, doctors, and an Autism diagnosis.

Similar to other research done in the late twenty-first century, Autism was relegated to understanding the presentation of traits in (white) men and boys. As a result of white women and girls being able to mask or camouflage, little was known about how traits presented within these groups until more recently. Additionally, Autism in the BIPOC community is still under-researched and not well known. Furthermore, socioeconomic status is a barrier to receiving a formal Autism diagnosis which would afford individual accommodations under the Americans with Disabilities Act (ADA) for work or school. With that said, an Autism diagnosis can cost upwards of $2,000 and require insurance, both of which are not accessible to all individuals. Thereafter, having a formal diagnosis could impact health insurance rates, eligibility to adopt or foster children, among other things. Learn more about state coverage and insurance laws.

Thankfully, there have been more inclusive practices in research, which means more diagnoses particularly for women. So what does that mean for the workplace? It means there are more Autistics in the workplace than previously known! But that means that we face challenges that our Allistic counterparts don’t, such as sensory needs, masking, and meltdowns. And we like to say, “if you’ve met one Autistic, you’ve met one Autistic” because the spectrum is wide and varies greatly!

How do we move from simply being aware that Autism exists to truly accepting our colleagues with Autism and its variations?

As a low-support needs Autistic myself, here are some strategies that I’ve collected that I think are helpful for anyone who works with or manages Autistic folks.

Learn more about invisible disabilities and bring training on diversity, equity, and inclusion to your workplace!

Loving Yourself During a Lay off

Read more - Loving Yourself During a Lay off