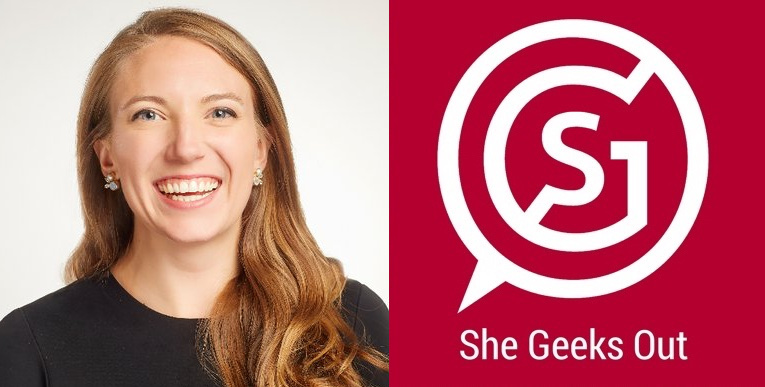 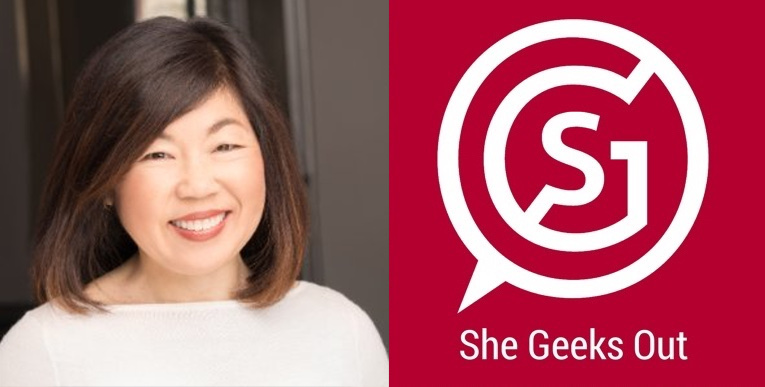 Podcast Episode 78: Getting Fired (Up) with Anna Yen 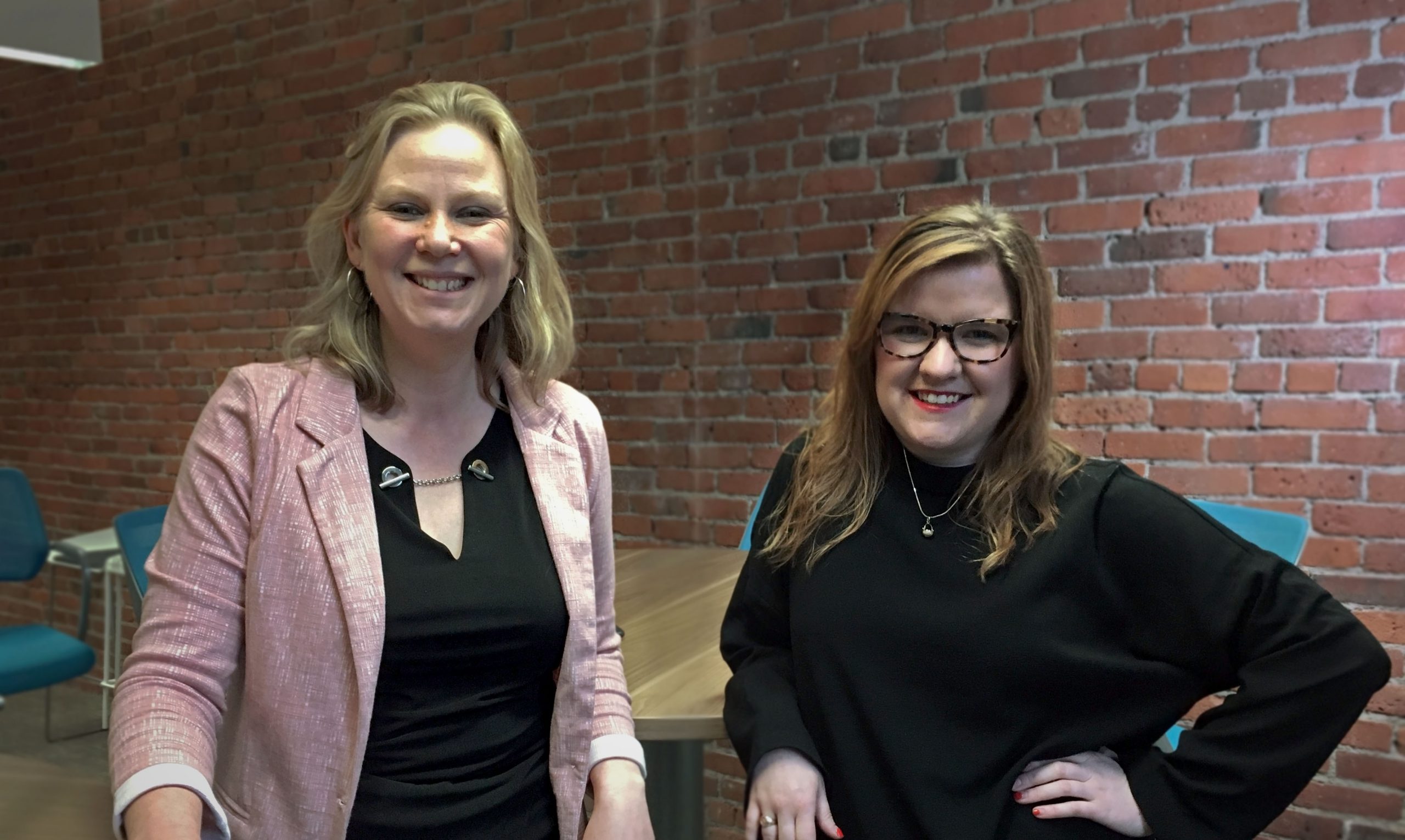 Two wonderful humans, Rachel and Juliet, work together at Workable. Guess how they met? At an SGO event, of course! We asked them to share something about themselves, how the hiring process was, and to tell us how things are going so far!

Tell us a little bit about yourself – What’s your background and your story?

RACHEL– I never thought I was meant for a career in sales. In college, I started my career where I had to go to small businesses all over Liverpool asking people to participate in a survey. There was such a wide variety of businesses, from engineering companies to bakeries. I learned very quickly to adapt my communication style based on who I was speaking too. I realized I was good at talking to people and setting goals for myself. I moved to the US about 16 years ago and began working for an education travel company called Explorica. Very quickly I realized [that] this is a sales role and I am actually pretty good at it!

I was an individual contributor for a number of years and then eventually moved from team lead, to manager, to running the entire sales team. I started my MBA at UMass Boston and discovered an interest in the tech scene.

I decided to make the move to Oracle where I went back to an individual contributor role, which was an interesting transition with a lot of learning about technology and the process. I went on to become the top sales rep and later lead the entire team. After working at Oracle and growing my career, I joined Compete and ran the sales and marketing functions. It was a great opportunity to learn about the business models for SaaS companies and what a subscription-based business model looked like.

It is exciting to have been at Workable for almost a year and a half now. The reasons I originally joined in the first place still ring true; “I love that it is a global company that has grown to over 6,000 customers – without a sales team in place. That is a big sign of a quality product”.

JULIET– I got started in sales as an inbound qualifier at Brightcove and really enjoyed getting to talk to a lot of different people [about] what they are interested in and what they need help with. I got started in sales by accident. I was originally on a different track and an old colleague of mine encouraged me to go for an Account Executive role. What I’ve found is that I really like getting to interact with all different people from all walks of life and getting them to solve a problem. I am super outgoing and I’ve lived in Boston pretty much my whole life. I really love dogs and cooking. My first job was as camp counselor which I really loved.

RACHEL – Maps – maps and running, geography. I love to travel but that’s not that geeky; it relaxes me. I don’t know why but even my kids are obsessed with Google Maps. How you can see how different people live and what it looks like and that’s really exciting to me but also really relaxing/motivating. It is a more controlled view of the world; it takes all the chaos out of it. How it all fits together and how as people we all fit together.

JULIET– Cooking and comedy. Cooking because you are following a process but you can add your own flair. I also love food and to eat food. It is such a social and personal thing. I love to cook for other people and to provide for them. Food is something that brings all different kinds of people together. In comedy, I really enjoy hearing different perspectives that comedians take and put their own spin on it. It is all about different voices but there is one unifying laugh. One of my favorites is John Mulaney from Chicago. I saw him back in November at Symphony Hall. Additionally,  Allie Wong – she did her first Netflix special when she was 7 months pregnant. To do a first Netflix special 7 months pregnant and rock it, you are a Wonder Woman. Comedy is an equalizer among men and women.

Juliet: How was the process of looking for a job for you?

Fairly straightforward, I had kept my eye on Workable every since the SGO event in June. Working in tech and in sales in Boston, you always need a to keep a finger on the pulse of up and coming companies and what characteristics and culture they have. I had former colleagues that worked here and absolutely loved it. Coming to a company whose whole ethos is simplified hiring made it an easy decision.

Tell us about Workable and what makes it special?

RACHEL– I get so excited about the range of companies we can talk to and who we are able to help. We have the biggest diversity of countries; we just got our first Iraqi deal. We have such a wide range of industries; a school district in Canada, a fashion company in Paris, a tech company in San Francisco. Our CEO has a strong emphasis on pragmatism vs being one of the cool kids. I am not your very typical SVP for sales, I like to get stuff done and get on with it. Our leadership is that way and that’s what makes us different.

JULIET– The thing that I love the most about Workable is that it’s recruiting tech made for and by recruiters. Our founders took a step back and asked ‘what would make our lives easier?’ They knew what the daily pains and stresses are. It comes from a very organic place for what recruiters find value in. Our leaders have fostered a culture where everyone is incredibly welcoming and willing to roll up their sleeves. It can be intimidating being on a new team and asking questions and trying to ramp up but here at Workable everyone jumps at the chance to help. Everyone is genuinely nice and inclusive.

RACHEL: How long were you looking to hire for this position?

We are consistently looking for great sales reps. [For the] first half of last year, we were aggressively hiring. [During] the second half, we took a pause and in the new year, we started again. 2017 was about building and growing the team. In 2018, it is a strategic decision by leadership to focus on the development and growth of our individual team members.

How did you two connect specifically through She+ Geeks Out?

RACHEL– What was interesting to me was [that] I probably met and spoke to 30-40 people during our June SGO event. I remember a dozen by face, probably, but the person who stood out to me was Juliet. I knew I had to connect with her. After talking to a lot of people, that was a big impression [that she] left

JULIET– It was my first SGO event and I came with a former colleague. Rachel got up in front of everyone and did the panel and it resonated with me. Being a woman in technology as well as a woman in sales comes with its challenges and seeing Rachel, an SVP, open up was pretty powerful. I completely geeked out and had to introduce myself and that’s how we connected. Everything she said I was like “Yes, yes, yes!!” I needed to talk to her, I knew I could learn from her.

RACHEL– Yes, I remember speaking about mentorship and why it is so important to source your own mentors. Don’t be afraid to ask someone, “I want to connect and grab coffee”. Juliet asked me right then and there and my response was, “OK, you need a mentor. Let’s do that.”

How is it going so far?

JULIET– It was during that intense rainstorm we had and Farnsworth Street was completely flooded. I waded through over a foot of flood waters to get to the office to actually close the deal. I came in and the team helped me check all the boxes that I needed to. It was an incredible feeling and so worth the wet shoes!

Watch our website for information on another Happy Hour hosted by Workable this July!