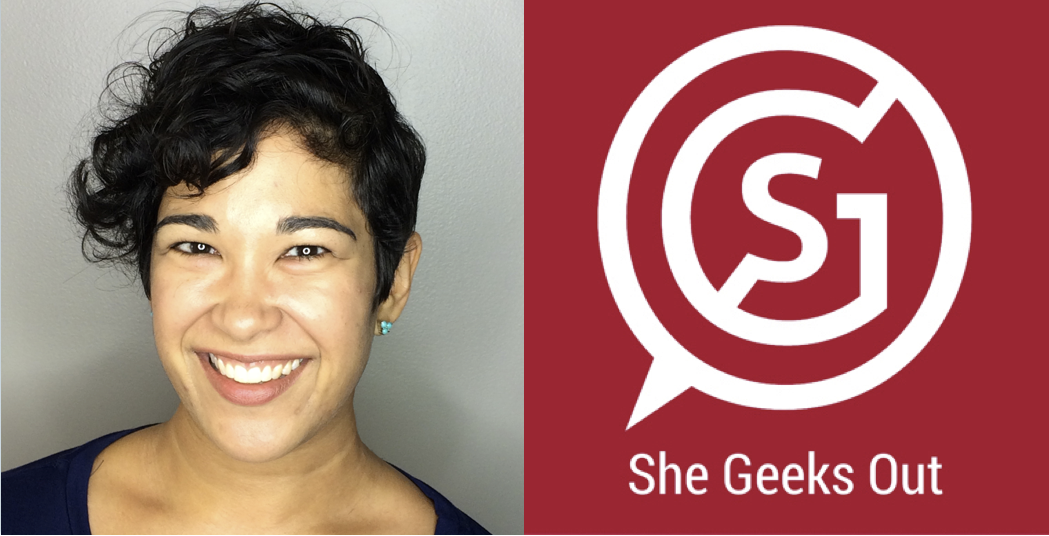 Podcast Episode 11: Tales from the Trenches

When we first launched She+ Geeks Out, we made a conscious decision to not bring politics into the community. Everyone has a right to their own opinion and we felt it wasn’t right to state ours publicly. We’ve held to this, despite the historical nature of a woman getting closest to the United States presidency in history, and despite the outrageously misogynistic character of her opposition.

However, we can no longer stand by and refrain from comment. Last night’s release of a video (which by now we’re assuming everyone has seen) was vulgar, crass, and promoted rape culture, yet it’s hardly a stretch to think that Donald Trump could utter those horrific words. Since he began his campaign, we’ve learned about many of the abhorrent comments he’s made over the years, with no shame or real apology.

To say that a Trump presidency would be bad for women would be an understatement. Let’s make this clear, we think he’d be bad for everyone (save himself, and maybe Putin). However, given our community’s focus on promoting, connecting and educating women, we feel it’s important to focus on his misogyny.

Donald Trump is not only unfit for the Presidency in a multitude of ways, which countless others have so eloquently stated, he is, at heart, an unfeeling and selfish human being who has repeatedly shown himself incapable of any empathy. He has shown no ability to relate to or understand people who are different from him. He has shown the ability to praise only those who praise him and he has been unwilling to even try to hide any of these qualities (and for that, we’re grateful, because if his true colors were masked this election could be going in an incredibly different direction). How could we possibly think he could be a good president, let alone a champion for women’s rights?

We are close to electing our first woman president. We get it if this doesn’t move you (some of us have Felt the Bern). Regardless, electing a woman president, even if she isn’t your favorite person, is still historic. And we can’t deny how incredibly well equipped she is for the job. Also, we’re not going to lie, her shimmy was undeniably wonderful in her first debate. We still do it when we feel the need to shake it off. Like many of the women we know and love, she’s a perfectionist, probably to a fault. Our alternative is a narcissistic, delusional,  misogynistic candidate. Well, it’s kind of a no brainer in our eyes. There’s a reason why no major newspaper has endorsed Trump and why journals like The Atlantic and conservative newspapers are breaking with tradition and endorsing Clinton.

If you’re thinking of not voting this year, please remember that this election is unprecedented and truly historic in both the best and worst ways. Voting is a right that we are privileged to exercise (and thank you to the women who fought to give us this right), but simply put– it’s just too important not to this year. Please vote. Even if you think your state has it locked up and your vote won’t matter.

It does and it will.