Podcast Episode 90: She+ Geeks Out is BACK!

Microaggressions in the Virtual World 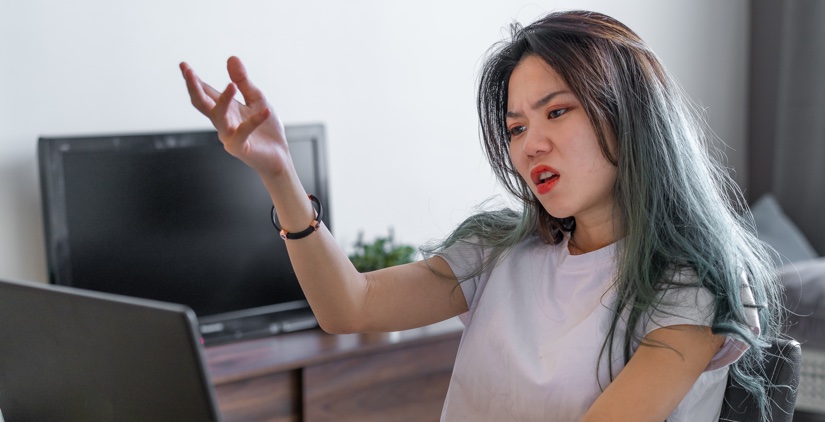 Microaggressions can happen any time, at any place. And the truth is, we don’t necessarily have to be in the same physical space to witness or commit a microaggression. In this short video, I want to talk about how microaggressions can show up in the virtual world and how we can respond to them when we see or witness them.

One way microaggressions are showing up as we’re working remotely is through micromanagement. A lot of people have been sharing that their managers have been micromanaging them more than ever before. Now obviously, a lot us have transitioned into a space that’s not familiar to us, but that doesn’t mean that we need to check in every 30 minutes or every hour to see if people are actually doing work. This sends a message of distrust — that we don’t trust that our employees are doing the work. The reason this can be a microaggression is because some people who have marginalized identities can have employers or managers with privileged identities, and they feel like they’re being questioned about their work ethic. Sometimes this is just the case, because some of their colleagues  [with more privileged identities] are not being micromanaged while they are.

Another way microaggressions are showing up is through our team meetings. Now, team meetings are nothing new for many of us, but microaggressions are still showing up in our phone and video calls. Let me give you an example. Let’s say you’re having a team meeting, and your Afro-Latina colleague shares an idea. After she shares an idea, no one says anything. Maybe one person says, “thanks,” and then another person says, “does anyone else have anything to share?” The next person that shares is a white man. He shares something similar, or some might even say identical to that Afro-Latina woman. After he’s done sharing, he gets all of the credit and recognition for what he said. Now obviously when we say or do things like this, we’re sending a message not just to the Afro-Latina woman, but to our whole company. We are saying there are only certain voices that are valued compared to other voices.

One other way microaggressions can show up in meetings is through one-on-ones. Let’s say I’m having a meeting with my colleague and before the meeting starts I ask my colleague if we can wrap up the meeting about 5 to 10 minutes early because I’m going to be making dinner with my partner. My colleague automatically assumes that my partner is a man, so during our call, when we’re talking, my colleague sees someone walk behind me and they notice that it’s a woman, and they automatically ask, “oh, is that your roommate?” They might ask if that’s my roommate because they’re assuming that my partner is a man and not a woman. We’re making assumptions that there’s only one type of relationship that exists and that is one that is a heterosexual relationship. You can imagine how someone who is lesbian, bi, or however they might identify might feel if someone said that to them during their meeting. We really have to think about what questions and comments are we making when we get to have a visual of where people are living, how they’re living, and who they’re with.

Here are some ways you can respond to the examples I just gave:

With the first example, micromanagement, how would you respond? If you’re currently experiencing that, it could be a great opportunity to have a conversation with your manager. Name that you know that this is a stressful time for all of us, but at the same time, they can trust you in doing your work. If there are special accommodations you need because you’re taking care of someone or because certain things have changed in your living space, name that so they can know that the reason why certain things might not be happening is because of an actual barrier. My hope for you is that they will understand. But if you’re doing everything right and still being micromanaged, I think there’s a conversation to be had around why. Hearing from your manager what’s happening and asking them, “hey, I notice that you’ve been checking in a lot, is everything okay?” can possibly trigger something in them so they realize, “maybe I should back off because there’s no reason for me to be continuously checking in on this person.”

As it relates to the second example, if you’re in a meeting where someone is given credit and someone isn’t, that’s a moment for you to redirect recognition. You can do that by simply stating, “I noticed that you just said that, thanks so much for bringing that up. I think that’s what so-and-so was just saying earlier.” That way you’re thanking this person but at the same time, we’re giving recognition to where the original idea came from.

As it relates to the last example, let’s not make assumptions about who people are. Beyond sexual orientation and identity, it’s really important to realize that the stories that we make up in our head do not really fit our day-to-day lives. What we want to do is get to know each other better so we’re not assuming who we think people are.

I hope that these tips were helpful, and I hope that you don’t have to experience any microaggressions both in the workplace, and while you are working remotely.

Want to learn more about how to address microaggressions at work? Learn about how we can help!