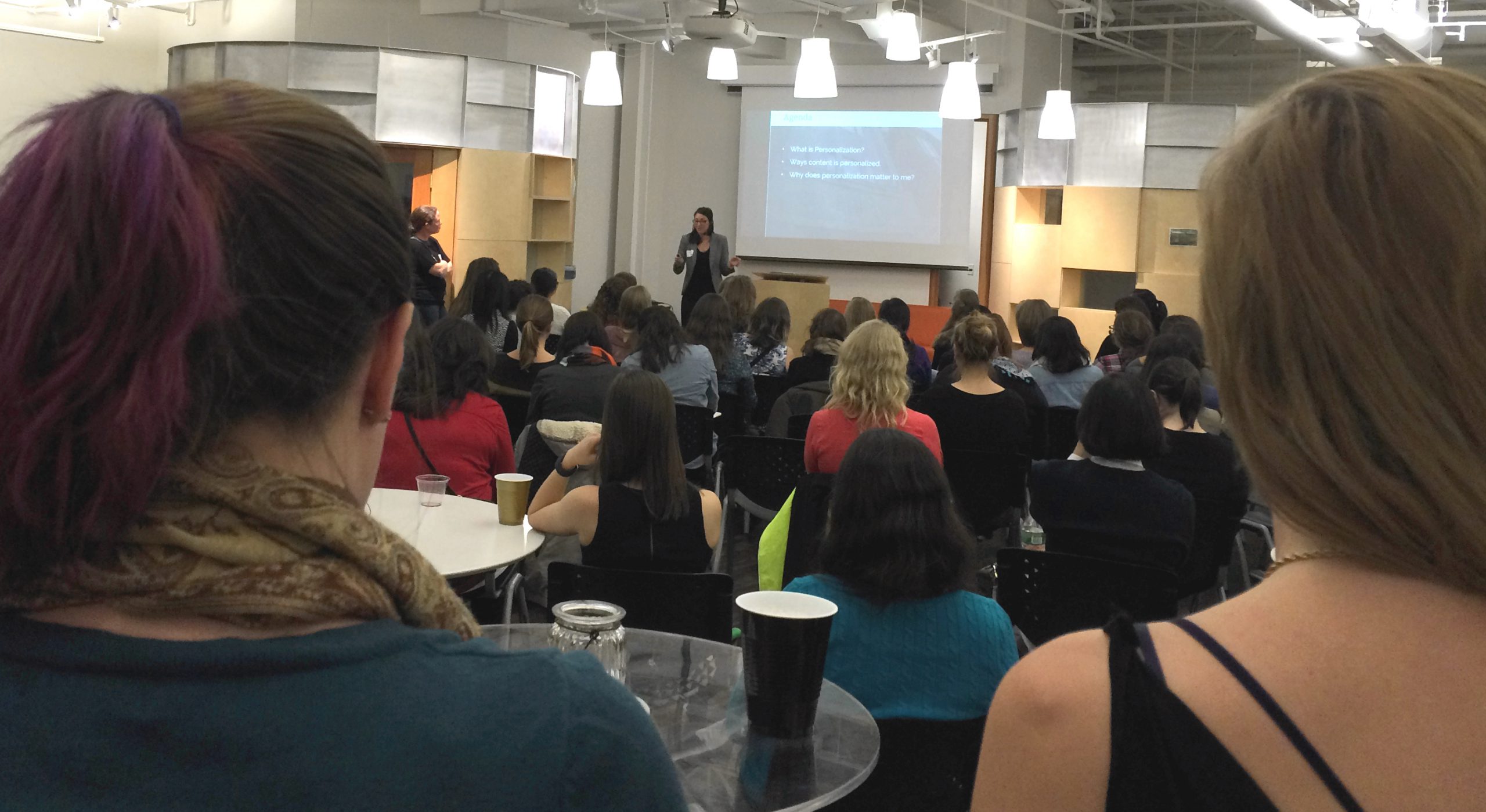 Jessica McGuire is the Community Strategy Lead at Cogo Labs. Jess worked with She+ Geeks Out to host our SGO launch party in April 2015. We’ve been thrilled to work with such a warm, supportive community member!

Why did you decide to sponsor She+ Geeks Out?
We were super excited about the opportunity to sponsor the premiere She+ Geeks Out event. We’re very serious, not just about hiring women, but about helping them grow in their careers and succeed in technical and managerial roles. The opportunity to let some of the women who work here give talks and describe the work they’re doing, while networking with women who share their interests and career goals, was incredibly valuable to us.

What has your SGO experience been like?
Working with Rachel and Felicia has been like working with old friends. They’re always upbeat, available to answer questions, and really flexible. The event itself was very well organized, super fun, and filled with engaging ideas and conversations. We’re glad to be involved with the group and are looking forward to doing more with SGO in the future, especially now that we’re ready to show off our new office space!

Have you received any feedback from your employees about the company’s involvement with SGO?
The women at Cogo Labs have been in regular attendance at the monthly events! The topics are always very relevant to their interests, and SGO has created a very fun and inclusive culture. We actually have our own monthly Cogo women events and used the Paint Nite discount we got through SGO for our next event!

How do you see Boston/Cambridge as an important community for supporting women in tech?
What’s great about Boston/Cambridge is that even though we have a world-class tech scene, it still feels like a smaller community, where it’s not overwhelming to network and find people who share similar interests. The role of women in tech is a hugely important one, and it feels as though the local scene is really going to lead the way in increasing women’s visibility in STEM. By creating this great local networking event for women, SGO is poised to be a key player in this effort.

Anything else?
For us, the success is in the opportunity for us to have an ongoing relationship with an organization that shares our values. Supporting the women who work here, and offering them the ability to attend fun & interesting events where they can learn from other women is huge. We’ve talked to a lot of women about Cogo Labs at these events and hopefully have inspired them to learn more about us. We are expanding and hiring and always on the lookout for technical, entrepreneurial women for engineering and analytical roles. Cogo is currently 25% women and we are actively growing that number.

We’re Relaunching our Community! Rise together with us

Read more - We’re Relaunching our Community! Rise together with us