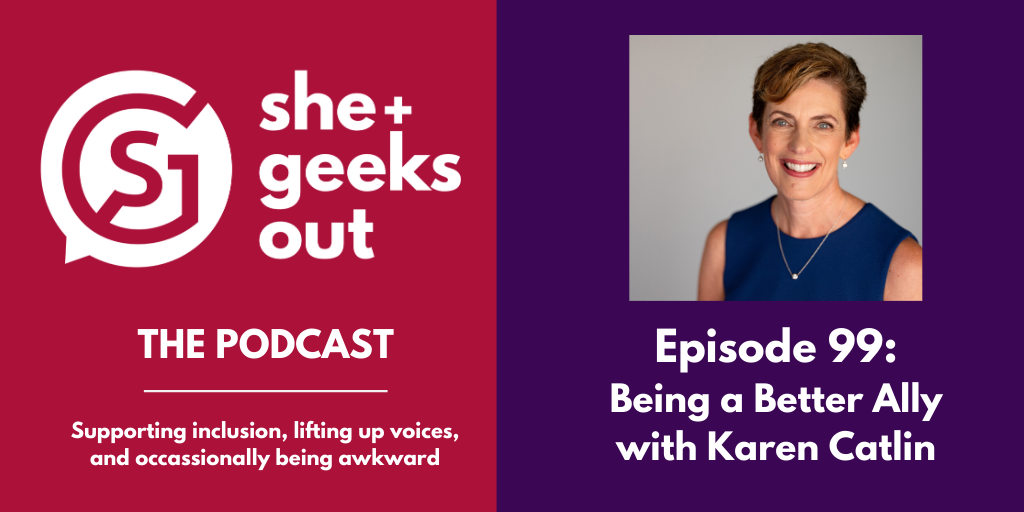 Podcast Episode 99: Being a Better Ally with Karen Catlin

Intent vs. Impact: 5 examples of how your support for Black lives (or lack thereof) may be causing harm

In light of recent events, I’ve seen how the intention of companies to support Black lives, understand racism, and ultimately work towards dismantling racism have led to increased awareness and hopefully what will be sustainable change in the workplace and beyond. I’ve also seen how similar intentions have had the opposite effect, and unfortunately caused more harm than good. Some of us may have felt inclined to support the Black Lives Matter movement and take a stand against police brutality. A few of us may have decided not to respond, in hopes that things will end up okay or “go back to normal.” In a previous blog post, I wrote about the difference between intent and impact and how our intentions don’t always align with the end result we may have hoped for. Whether you’re thinking of responding to recent events or you’re not sure what to say or do, here are five examples of how our positive intentions can result in a negative outcome.

1. Asking Black employees what to do or how to respond as an organization when it’s not their job
We can never truly know what it means to live in someone else’s shoes, particularly if we are talking about the experience of Black people in this country. To this end, when we ask Black people what to do or how to respond when a racist event occurs, our intention may be to give them the mic because we believe they are an expert on their own experience. However, the impact is that it usually ends up being the sole responsibility of a few Black people to speak on behalf of all Black people. Often Black employees, and other members of groups that have been marginalized, are asked to do work that isn’t in their job description in addition to their normal day-to-day responsibilities. We have to understand that while it’s important for Black people to share ways they want to be supported during hard times, it’s not their job to be the gatekeepers and/or sole supporters of anti-racist work.

2. Checking in on our Black employees but not really naming the issue at hand
During the height of the protests and riots related to the recent deaths, a friend told me that her manager called her to see how she was doing and asked her if she planned on taking any time off. While the intent was to show that the manager cared about my friend’s wellbeing, she didn’t actually name why she was checking in on her. She didn’t mention anything about how many people were impacted by the recent deaths of Ahmaud Arbery, George Floyd,  Breonna Taylor. Of course we don’t want to assume that every Black person is processing these deaths the same way, but with such national outrage, we should be okay with naming the issue at hand when checking in. The unintended impact of this interaction made my friend uncomfortable to share how the recent deaths were impacting her ability to do her work. She didn’t feel like there was space for her to be honest and ask for what she needed at the moment. She also didn’t want to risk the chance of having to teach her manager about systemic injustices towards Black people. If we are invested in our employees’ wellbeing, we have to be okay with naming what’s not okay. This is the only way we can create safe and supportive spaces in which employees can share and respond how they feel.

3. Saying Black Lives Matter but not having much to show for it
Many companies are publicly weighing in on racism, but a statement against injustice is just a start. When companies are responding against police brutality and other forms of racist injustices, the intention may be to be very clear on what they stand for. However, if there are no internal structures in place to support Black employees, and there’s no movement towards organizational change, the intent doesn’t align with current actions. While a public statement is important, it doesn’t mean much to anyone, especially Black employees, if companies aren’t also being intentional about what it looks like to listen to Black employees, and ultimately embody justice within their own institutions.

4. Not responding because the issue of police brutality towards Black people is a ‘cultural issue”
I recently learned that some companies have chosen not to respond to the disproportionate killings of Black people by law enforcement. Perhaps the intent here is to not pick sides or offend anyone. However this type of thinking is problematic and harmful to Black employees and the overall culture of a company. Not only are some of these companies disregarding Black employees that may be severely impacted by what’s happening, but there’s also an assumption that the issues that affect Black people should only be addressed by the Black community. This type of belief puts the onus and responsibility on Black people to respond, grieve, cope, and find solutions by themselves while also being expected to show up to work fully alert and productive during a crisis. When we chalk it up to a cultural issue, we separate ourselves from Black people and miss an opportunity to realize the role non-Black people and institutions play in perpetuating and participating in an oppressive culture. As a result, we limit ourselves to what could be possible if we were to be intentional about dismantling racism in the workplace and beyond.

5. Not responding because we don’t know what to say or don’t want to say the wrong thing
It can feel scary to possibly say or do the wrong thing when addressing issues of racism. In these moments, the intent may be to not cause more harm by saying something insensitive or incorrect. However, not saying anything at all doesn’t make a problem go away. More importantly, the impact of not saying anything can make Black employees feel unseen, undervalued, and disengaged. Actively speaking up and acting out loud allows for Black employees to be seen and provides an opportunity for us to do what we need to do to take care of ourselves. Responding to issues that affect employees, clients, and the general community speaks to the culture of a company and sends out a simple yet very powerful message to all other employees, specifically those who have been historically marginalized, and that is: we have your back and are ready to act on your behalf.

The truth is, we’re living and working with a system that is far from perfect. Each of us have been complicit in consciously or unconsciously perpetuating various forms of racism. As a result, there is no perfect way to respond or right the wrongs that have been done. However, if we want to support the Black people in our lives, we must be diligent and align our intentions with the impact we want to have in our workplaces, and in the lives of those who are being impacted the most. While we can’t go back in time, we have an opportunity to do better moving forward.